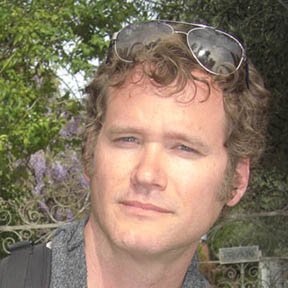 Jonathan Allen has exhibited at numerous galleries and non-profit spaces in New York, including Lu Magnus, PS122, Socrates Sculpture Park, Artists Space, and BRIC Rotunda Gallery. He participated in Lower Manhattan Cultural Council’s Workspace & Swingspace residency programs and the Bronx Museum of Art’s Artist in the Marketplace program, and has been awarded residencies at the Bogliasco Foundation in Italy, Cill Rialaig in Ireland, and Blue Mountain Center. A recipient of grants from the Pollock-Krasner, Puffin, and George Sugarman Foundations, his recent solo shows include exhibitions with Lu Magnus in New York, Real Arte in Italy, and GoNorth in Beacon. He holds a BA in visual arts and art history from Columbia University. The works in LOADING were produced with the support of a Lower Manhattan Cultural Council residency, a Blue Mountain Center residency, and a Bogliasco Foundation Fellowship. 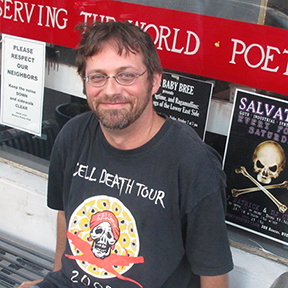 Anselm Berrigan is the author of Notes from Irrelevance (Wave Books), Free Cell (City Lights Books), Some Notes on My Programming, Zero Star Hotel, and Integrity and Dramatic Life (Edge), Skasers (Flowers & Cream, with John Coletti), and Sure Shot (Overpass Books). He is the poetry editor for The Brooklyn Rail and co-editor with Alice Notley and Edmund Berrigan of both The Collected Poems of Ted Berrigan and the Selected Poems of Ted Berrigan (U. California). As a member of subpress publishing collective, he has published Selected Poems of Steve Carey and Your Ancient See Through by Hoa Nguyen. From 2003-2007 he was Artistic Director of The Poetry Project at St. Mark’s Church, and host of the Wednesday Night Reading Series. He currently works as a Co-Chair in the Writing discipline at the Milton Avery Graduate School of the Arts.

“Berrigan wrote a new suite of poems for the project, which progressed in various ways (idea exchange and conversation over email, and multiple studio visits) and now exists in multiple formats as well, with an entirely new body of work from Allen–paintings and works on paper–created over the last year and a half. We want it!”

“Independent literary and art-book publisher Brooklyn Arts Press, which published Allen’s most recent collection of paintings and collage, Superstructure, in 2010, will release an eponymous book of the LOADING collaboration, featuring Berrigan’s poems and reproductions of Allen’s artwork, this month.”

“Who’s crowd-sourcing, funding, and promoting who?  What constitutes the latest media buy-out, or sell-out, by inflated multinationals, and to what form of state or private surveillance are you prey? What Berrigan most wants to know, and, inLoading, finds (however insufficient or bitter–“We like a bilingual hinge about now / you can get some suckle from a / local armoirery too, goddamnit”–a discovery) is his own hunger, admittance of apocalyptic boredom, and complicity in the systems (disaster capitalism, language) to which there appears to be no “outside” — subsumptions both formal and real, subverted only by the sliver of hope in art’s autonomy from “same.” Berrigan and Allen hold up a mirror up to the reader, demanding an answer to the question of what script you’re following–Oedipal, neoliberal, hetero/queer, marital–and who’s funding you.”

“LOADING refers to the ubiquitous message received after clicking on a digital icon and waiting to see what materializes. Repeated and predictable experiences with technology have led us to trust the intangible, digital image and in turn reshaped our expectations surrounding the exchange of ideas.”

“With each new invention, from the printing press to Google Glass, our expectations for communication swell. Allen incorporates traces of information exchange into his works with written words and coding found in print materials and the interweaving of spoken poetry into his animation. His architecturally inspired images, themselves built in layers, also call to mind the human compulsion to control our surroundings. We amass so much data that we build physical structures to house information—seen in the library of Loading and the server stacks of Pre-listserv. Inherently intangible numbers and letters now shape physical space; works such as Watching and You & your Signals & codes reveal that, in addition to our homes and offices, we now exist in equally real spaces assembled from pixels and code.” 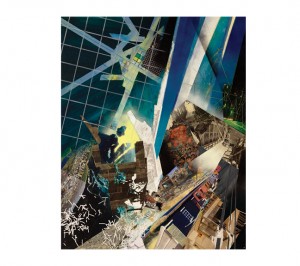 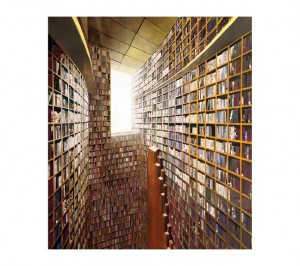 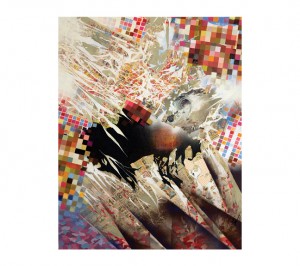 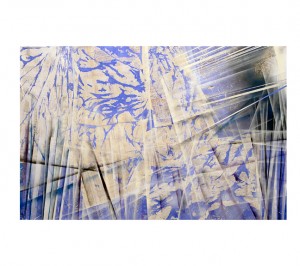 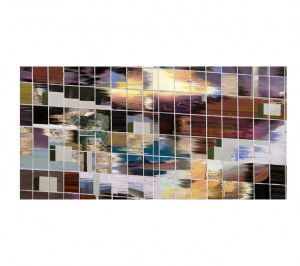 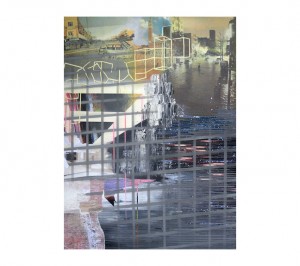 Click to open the PDF sampler of Anselm Berrigan’s poems: