Muzhduk the Ugli the Fourth is a 300-pound boulder-throwing mountain man from Siberia whose tribal homeland is stolen by an American lawyer out to build a butterfly conservatory for wealthy tourists. In order to restore his people’s land and honor, Muzhduk must travel to Harvard Law School to learn how to throw words instead of boulders. His anarchic adventures span continents, from Siberia to Cambridge to Africa, as he fights fellow students, Tuareg rebels, professors of law, dark magic, bureaucrats, heatstroke, postmodernists, and eventually time and space. A wild existential comedic romp, The Ugly tells the tale of a flawed and unlikely hero struggling against the machine that shapes the people who govern our world.

The Ugly
by Alexander Boldizar

“In his restrained and stark prose, Boldizar mixes a kind of fabulism with the absurd. The Ugly combines history and hilarity, and offers a sardonic view of the law and legal system. This is a strange and bold novel, original in its scope, story, and point of view. A wild fictional ride that will leave you wanting more.”

“Boldizar has opened a door into the parallel universe of myth. Out of it has stepped a modern day Beowulf.”

Alan Stone, author of Movies and the Moral Adventure of Life, former president of the American Psychiatric Association

“The hilarious and inventive and unforgettable story of Muzhduk the Ugli is a work of kinetic absurdism infused with deep intelligence and feeling. A gift of a debut from a wholly original new voice.”

“The Ugly is the funniest, smartest novel I’ve read in a long, long time; its protagonist, the inimitable and lovable Muzhduk, is a literary creation for the ages.”

“Seldom does one encounter a book that balances so much intelligence with so much heart. Muzhduk the Ugli belongs among the great heroes of fiction, alongside Bellow’s Augie March and Dostoevsky’s Alyosha. It’s only after you stop laughing that you realize how much you’ve learned.”

Mark Powell, author of The Sheltering

“The Ugly hit me like a giant, knee-bending, stomach-emptying boulder.”

Stefan Sagmeister, author of Things I have learned in my life so far, and two-time Grammy award-winning designer

“Here is a hero’s journey like you’ve never read before. It’s a wild ride that shows us the irrational underbelly of our supposedly rational world.”

Gibson Fay-Leblanc, author of Death of a Ventriloquist and poet laureate of Portland

Foreword Reviews (5 Stars): “The Ugly deftly employs the absurd to challenge exclusive, dogmatic clinging to logic and the letter of the law.”

Buffalo News: “Like a boisterous Borges ignoring the delete key or an angry Celine forced to write in a language he hates, Alexander Boldizar plays with our minds by mixing fact with fiction in The Ugly.”

Publishers Weekly: “Even those with only a passing familiarity will nevertheless appreciate his muscular critique of conflicts both intellectual and physical. A surprising treat.”

Above the Law: “Challenging yet insightful.”

Read the FIRST CHAPTER of The Ugly 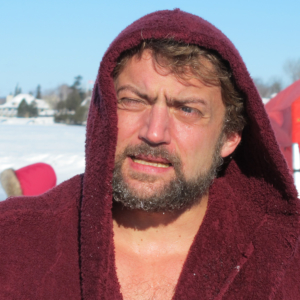 Alexander Boldizar was the first post-independence Slovak citizen to graduate with a Juris Doctor degree from Harvard Law School. Since then, he has been an art gallery director in Bali, an attorney in San Francisco and Prague, a pseudo-geisha in Japan, a hermit in Tennessee, a paleontologist in the Sahara, a porter in the High Arctic, a police-abuse watchdog in New York City, an editor and art critic in Jakarta and Singapore, and a consultant on Wall Street. His writing has won the PEN/Nob Hill prize and was the Breadloaf nominee for Best New American Voices. Boldizar currently lives in Vancouver, BC, Canada, where his hobbies include throwing boulders and choking people while wearing pajamas, for which he won a gold medal at the Pan American Championships and a bronze at the World Masters Championships of Brazilian Jiu Jitsu. For several years, an online Korean dictionary had him listed as its entry for “ugly.”